Despite being a small state, Rhode Island offered significant contributions to the Federal war effort during the Civil War.  In terms of artillery, the state provided a regiment of light batteries, three heavy artillery regiments, and a few non-regimented batteries.  The latter were mustered by mid-1862 and thus fall outside the scope of our review of the Ordnance Department’s summaries.  Of the heavy regiments, one battery was outfitted as a light battery.  And that battery – Company C, 3rd Rhode Island Heavy Artillery – served in South Carolina and will be familiar to readers.   Given those particulars, we have nine batteries to consider for the fourth quarter, 1862 summaries:

From the top, we start with the eight batteries of the 1st Rhode Island Light Artillery.  All but these of these were serving in the Army of the Potomac at the time:

Several spaces below is the lone entry for the Third Artillery’s Company C.  Referring back to Denison’s history of the regiment, he records for February 23, 1863 (as close a point I can find relative to the end of 1862):

The position of the regiment at this time were as follows: The head-quarters, with eight companies, within the entrenchments on Hilton Head, two of which were in Fort Welles; two companies – one heavy (A) and one light (C) – at Beaufort, A in Battery Stevens; one company (L) in the fort at Bay Point; one company (G) in Fort Pulaski.

This was, of course, well before the operations of 1863 on Morris Island and other points outside Charleston which would involve the 3rd Rhode Island.  But we see specifically that Company C was organized as light artillery.  For them we see:

The company was, of course, assigned to the Tenth Corps (a relatively new designation at the time).  And we know them to be actually act Beaufort, thanks to Denison’s account.  While we can take the battery’s reported armament as accurate, keep in mind the battery’s assigned weapons, as did all in the Department of the South, varied.  Furthermore, some of the other batteries in the 3rd Rhode Island would operate field weapons later in 1863.  Also keep in mind the batteries in the theater would man some interesting “weapons”… to say the least: 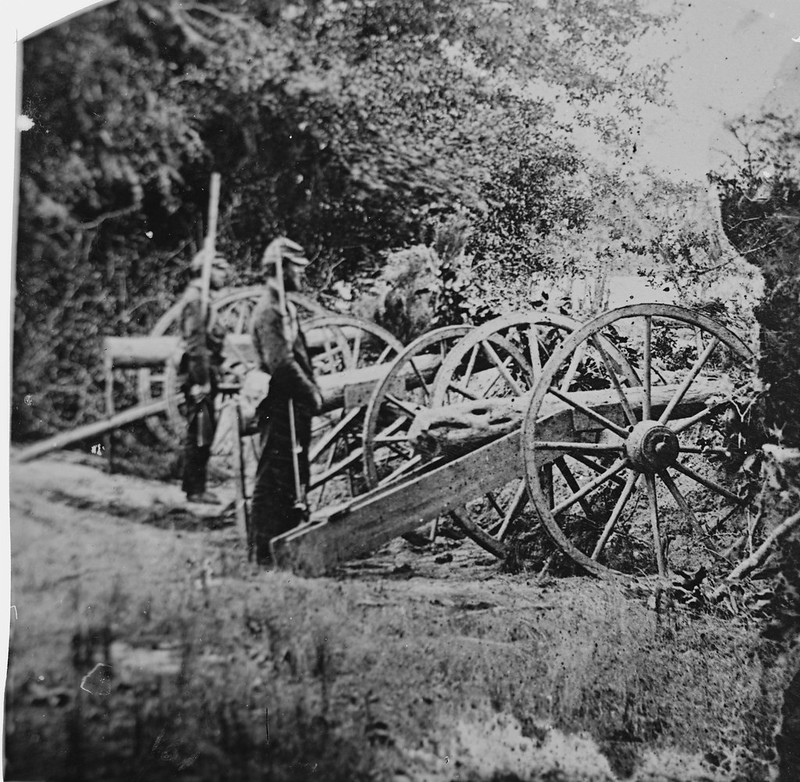 Moving forward to the ammunition columns, allow me to refer to that heavy company as “Company C”, to differentiate from the light batteries.  There was no report from Battery C, so we have some room to avoid redundancy.

We have three batteries reporting quantities:

So we don’t have quantities for batteries B and D which we know had Napoleons on hand.

Only one line to work with here:

Moving over to the next page, consider the Dyer’s and Parrott’s patent projectiles:

From the Dyer’s columns only one battery reported quantities:

Lastly, we turn to the Schenkl projectiles:

Just one to consider:

Before we move on to the small arms, consider what we are missing here.  Batteries C and G, with 3-inch rifles, did not have a filed return.  But let’s not allow them to remain silent due to that administrative issue.  Both commanders filed reports from the Battle of Fredericksburg, and both offered comments on their guns and ammunition.  Captain Owen, of Battery G, wrote:

During the five days, I expended about 230 rounds of ammunition.  The Hotchkiss shell and case shot is the only variety upon which I can rely.  The Dyer ammunition generally misses the groove, and the Hotchkiss percussion bursts in the piece.

Captain Waterman, of Battery C, went further in his report to discuss the guns and packing material:

It may be proper to state that, from the experience of the last nine days, as well as from ten months’ active service with the 3-inch gun, I consider it inferior at ranges of from 900 to 1,500 yards to the 10-pdr Parrott gun.

The Schenkl percussion and the Hotchkiss fuse shells worked to entire satisfaction.

The ordnance ammunition with metallic packing failed in almost every instance to ignite the fuse, and I consider it worthless when explosion constitutes the chief value of the projectile.  As solid shot, the ordnance shrapnel was serviceable in the cannonade of Fredericksburg.

A couple of opinions to weigh on the scales.

On to the small arms:

The pattern seen here was for batteries operating in the side theaters to have more small arms.  Given the service of both and detailed duties, that follows logically.