The days since the Sesquicentennial ended have been very interesting for those of us with an interest in heavy Civil War ordnance.  Three cannon came out of the PeeDee River in South Carolina, once armament of the CSS Pee Dee.  Two rare Brooke rifles and a Dahlgren shell gun.  And there is the ongoing recovery operation in the Savannah River, aiming to remove the CSS Georgia’s remains before dredging widens the ship channel there.  Earlier this summer the Army Corps of Engineers shipped four recovered cannon, to include a Dahlgren smootbore and a 6.4-inch Brooke Rifle to Texas A&M University to undergo preservation treatment.

And last month, authorities announced a surprise finding… another Dahlgren gun found in the Savannah River.  That makes a total of three Dahlgrens recovered this year.  And this one is identified as a rifled Dahlgren. 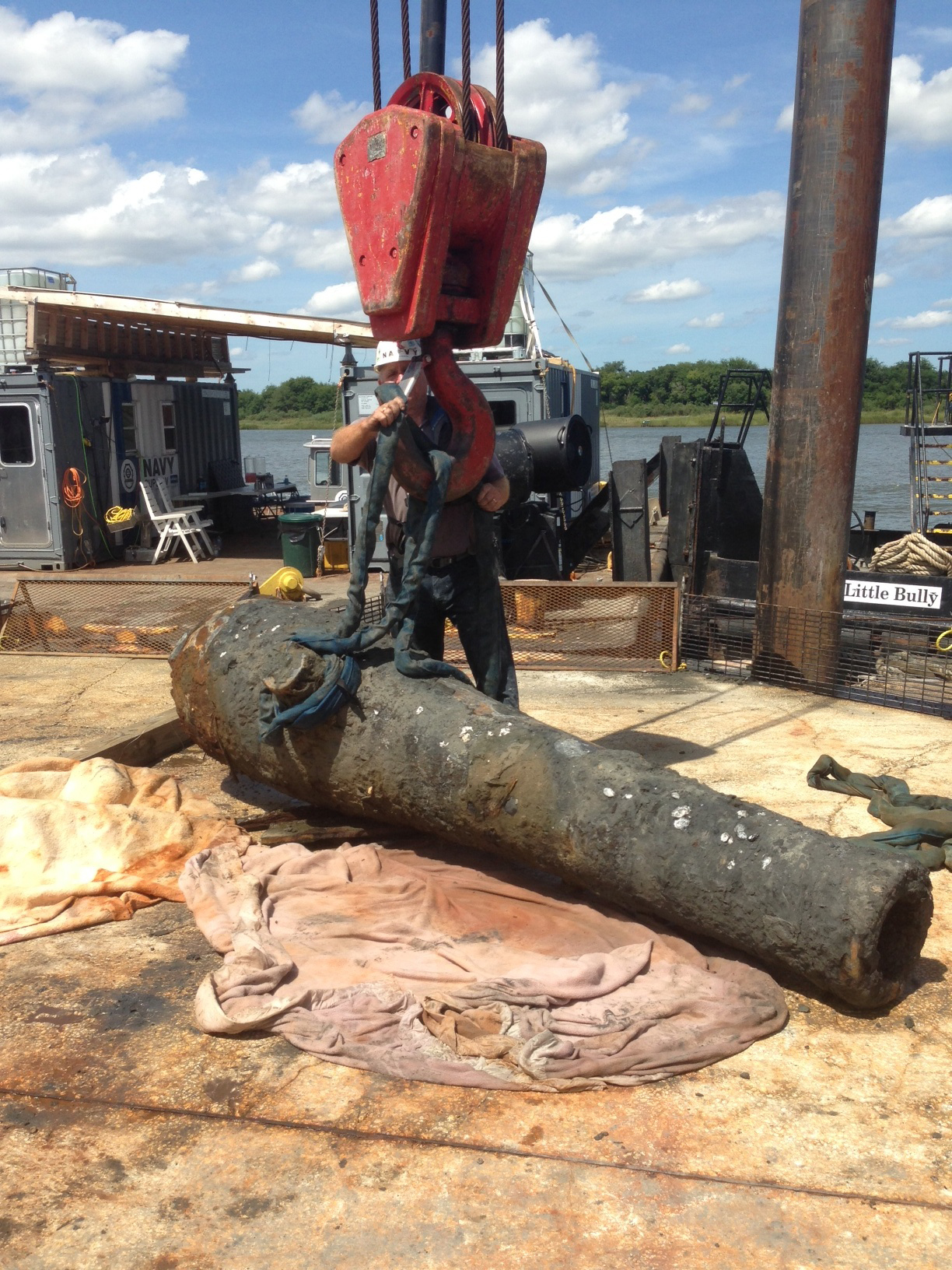 Press releases from the Army Corps of Engineers provide only details as to the weight, being 9,000 pounds. That weight puts the weapon in the IX-inch Dahlgren class. But I am unfamiliar with any rifling of that type, class of weapon by either Federal or Confederate sources.  It is possible, given the general weight provided in the release, that the Dahlgren was cast to the IX-inch form but bored out to a smaller caliber.  Likewise it could have been a smoothbore with groves added.  Confederate sources used both practices to provide rifled ordnance during the war.  Views of the cannon in the photos lead me to believe this is a IX-inch that was rifled. Interesting to note, authorities speculated there would be a second Dahlgren based on documentary evidence.  And the recovery of rifled projectiles of a sort not matching to the already identified weapons lead them to believe this second Dahlgren was there at the river bottom. Here are some more photos of the Dahlgren: 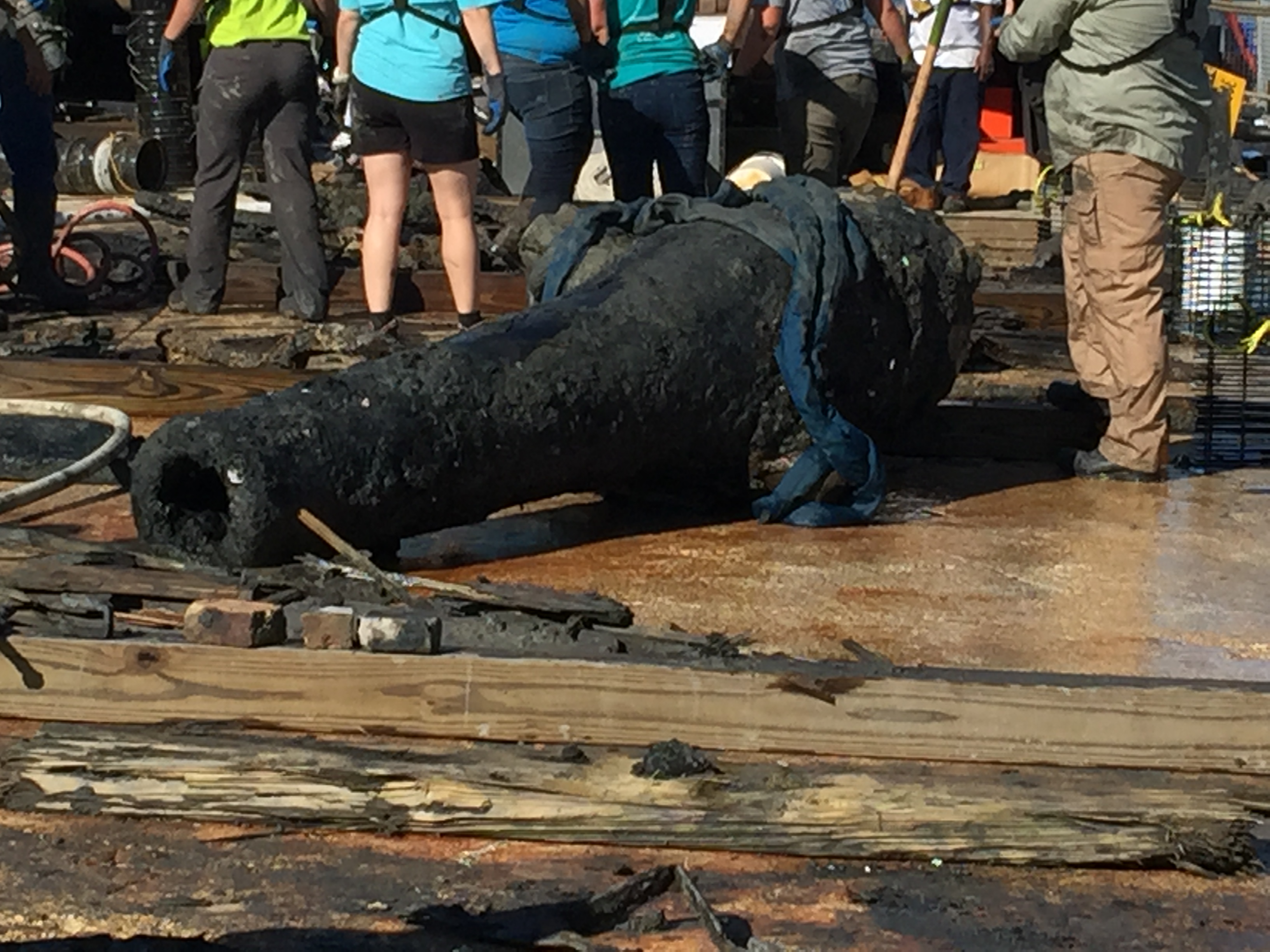 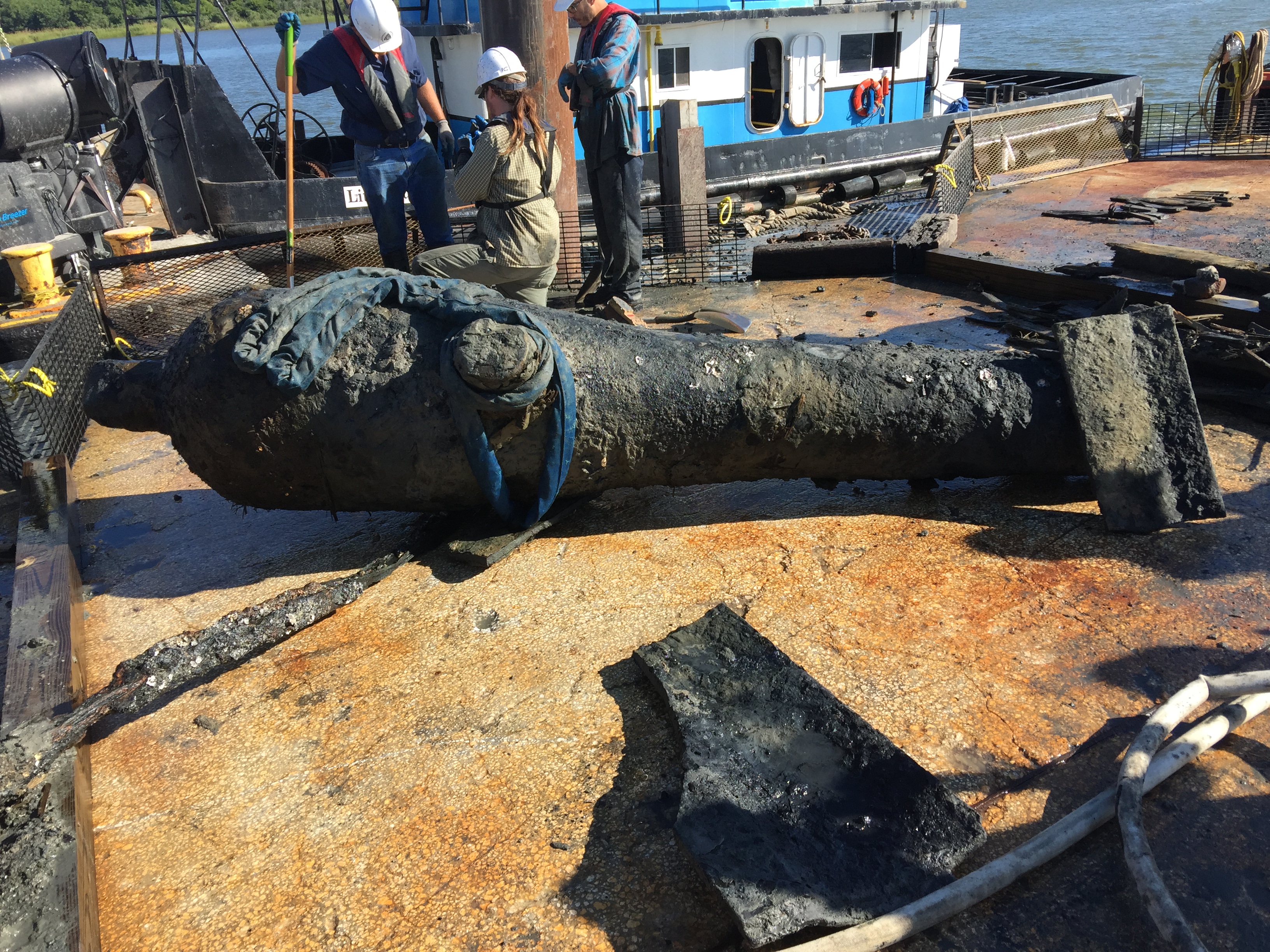 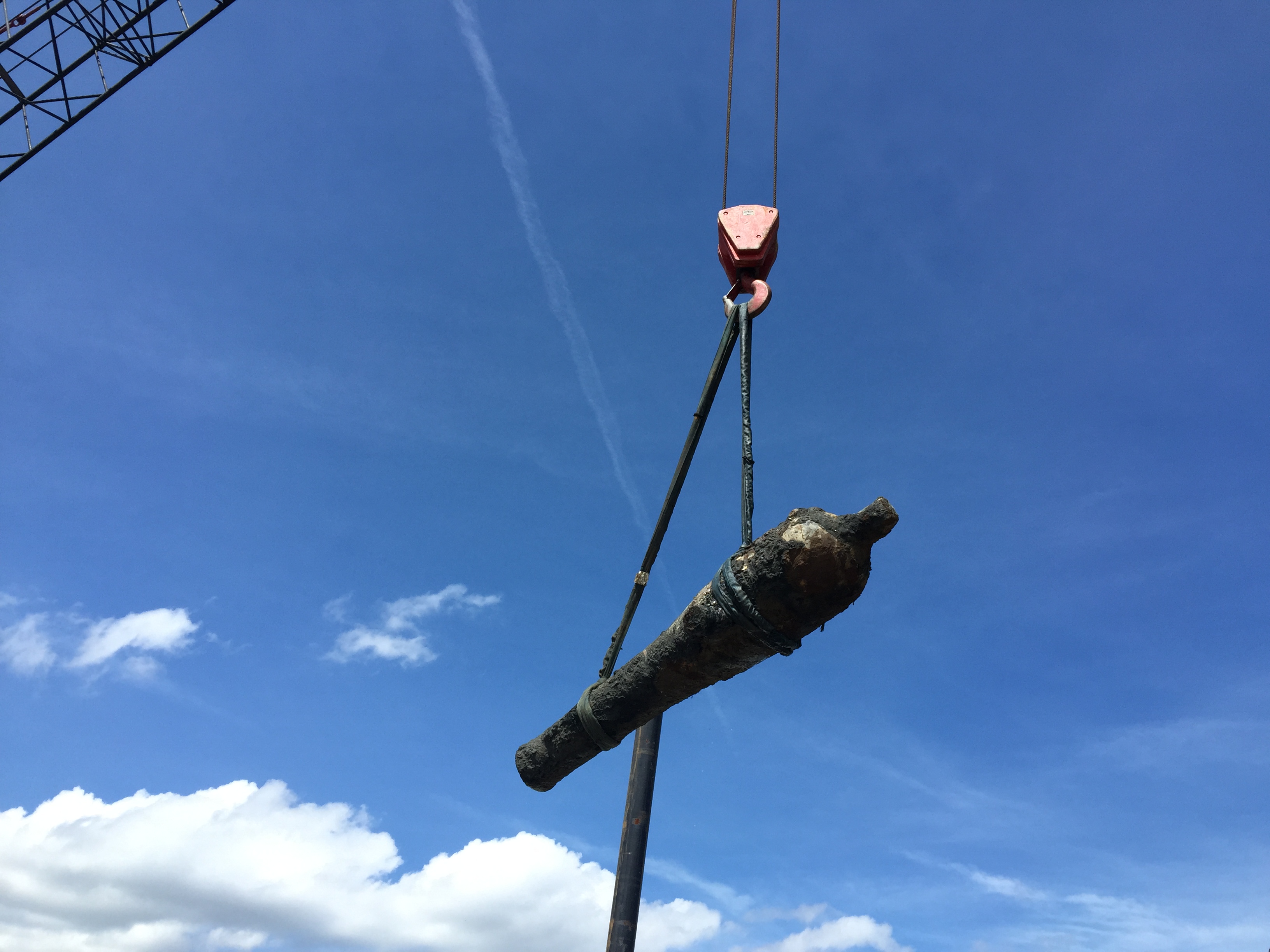 After 150 years and nine months under the Savannah River, the Dahlgren is now on dry land.  I’m looking forward, years ahead, when all the artifacts from the CSS Georgia will be on display.