I’ve written about the Brooke Rifles from time to time. But I’ve not discussed the type in detail. And it is about time, in the sesquicentennial sense, to write a bit more about them. Although the weapon’s combat debut was in March 1862, inventories of the type built up slowly, particularly outside the Richmond area. By the spring of 1863 the Brooke armed not only Confederate ironclads but also became the centerpiece of several coastal defenses.

At a brief glance, a novice might conclude the Brooke guns were simply a cross between Dahlgren guns and Parrott rifles. While certainly John Mercer Brooke used some features of the Dahlgren and likewise benefited from examination of Parrots, the result was not just reverse engineered design. Brooke refined the design, incorporating some of the latest advances along with personal experience. Arguably, even with design components borrowed from Federal sources, the Brooke was the closest to a pure “Confederate” gun in the war.

The base gun design borrowed heavily from John Dahlgren’s naval gun designs, at least in profile.

Several early Brooke rifles were simply bored out from Tredegar-cast Dahlgren IX-inch blocks. The diagram above, which I believe is from the Selma Naval Gun Foundry, depicts an unbanded 10-inch smoothbore for use with preponderance calculations. The sweeping exterior Dahlgren lines were still apparent, but lacked the “tulip” muzzle swell. However, the diagram appears to be a bit embellished over actual castings. The earliest surviving Brookes lack the “neck” of the Dahlgren “soda bottles.”

Most Brookes used a “truncated cone” exterior design, as depicted on another diagram from the Confederate Ordnance records:

Got the formula there?

The trunnions mounted to this “cone” section. Between the breech and the cone was a cylindrical section. That cylinder was often covered completely with reinforcing bands.

The breech, however had much to resemble the Dahlgren. The design called for a hemispherical exterior form. 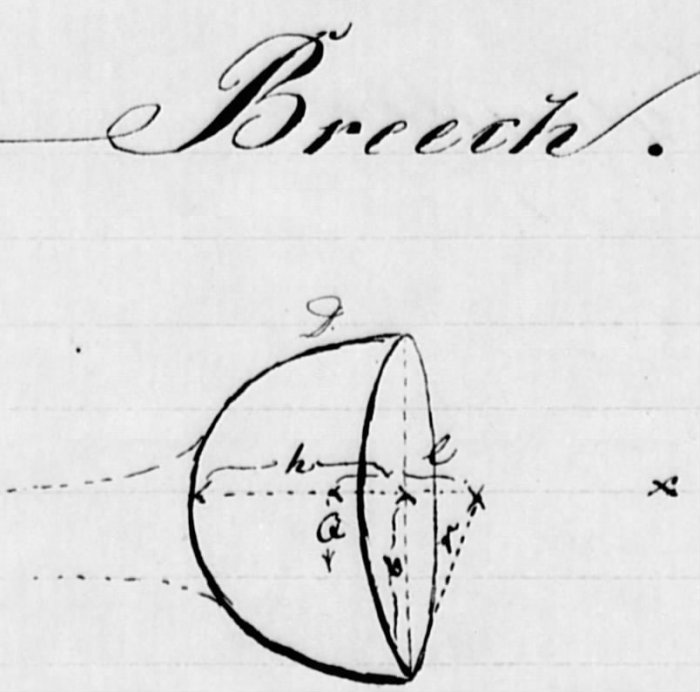 The Brookes used a vent drilled through the bands on the centerline instead of the Dahlgren’s two offset vents. Brookes lacked the lockpieces of the Dahlgrens, but did have sight masses in a similar arrangement to the Federal guns.

And, as you may have noticed from the photo, Brookes also borrowed the blade cascabel as used on some Dahlgrens and heavy Parrotts. 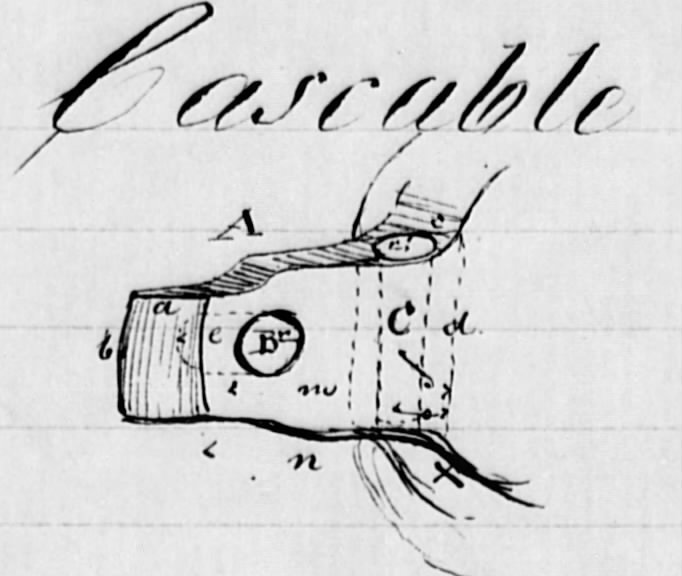 These used the elevating screw, just as their Federal counterparts, with the horizontal piercing for breeching tackle. However, not all Brookes used this arrangement. Notations and diagrams indicate at least a few were cast for land use with ratchets on the breech face.

Unfortunately none of those survive today (that I know of).

The rimbases blended smoothly onto the barrel of the gun, with only the trunnions offering right angles. 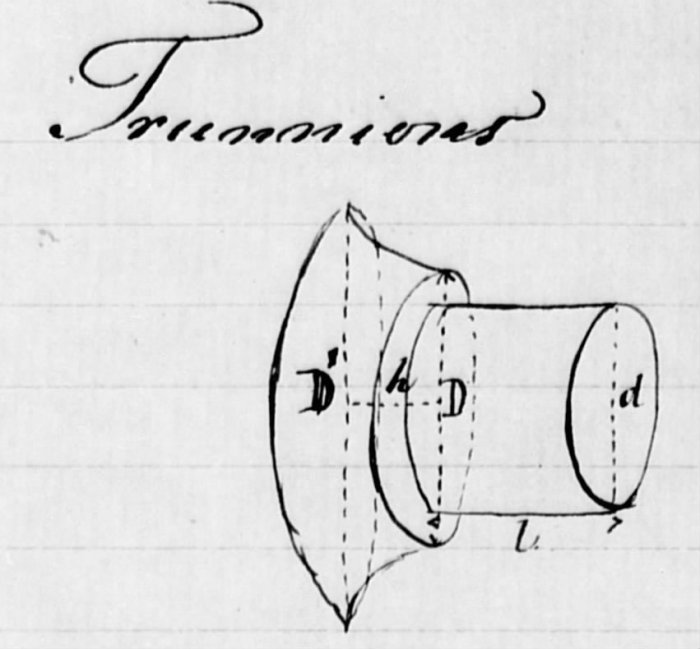 Later in the war, in an attempt to remove some of the last right angles of the gun, Brookes used trunnions mounted on separate bands. And on “Triple Banded” Brookes, the trunnions were strapped onto the gun.

The most important external feature of the Brookes were the bands. Initially, the Brookes used a single layer of but welded bands over the breech, as seen in the photo above. Experience with the guns indicated the need for more banding, so a second layer appeared in new production from mid-1862. Although both double- and single-banded guns were produced for a time. And some single banded guns received a second tier of bands after manufacture.

The diagram of a 10-inch smoothbore Broooke shows six lower tier bands, each about two inches thick. On top of that were five full width, two inch thick, bands with a half width band at the back. However, most surviving double banded Brookes have distinct “steps” on the front and rear of the top tier band.

Some more than others.

Notice the distinct lines revealing the individual bands welded to the gun. The Parrotts used a single-piece spiral band, which the Confederates could not replicate. The multiple bands are a feature of most Confederate banded weapons, not just the Brooke. In some cases Brookes show large gaps in the individual bands.

Look closely. The Brookes had generous “lands” between cuts for the rifling. The cuts are not “hook and slant” or “sawtooth” as sometimes described.

With wear and erosion, the fine details of those lands and grooves is often hard to see in the field.

The diagram above shows two different bore sizes – one for 6.4-inch rifles and one for 8-inch smoothbores. Each had a different bore bottom and chamber. (And notice the departure from the Dahlgren exterior profile here.)

The exteriors of most Brookes is rough and unfinished. The Confederates saved time and resources not turning the guns. That is rather apparent on the 10-inch smoothbore at the Washington Navy Yard.

And of course that brings up the last particular of the Brooke – the calibers. Brooke Rifles came in 6.4-, 7-, and 8-inch calibers. The smoothbores were in some cases cast as rifles but bored out due to flaws. Others were cast as smoothbores. The smoothbore calibers produced were 8-, 9-, 10-, and 11-inch.

Although initially designed for the Confederate Navy, the Army soon called for their allotment too. For the Confederacy, the Brookes became important anti-ironclad guns in the arsenal, arming ships and forts. The guns proved themselves equal to the Federal Dahlgrens and Parrotts in action. From March 1862 until the end of the war, Federal ships had to respect these powerful weapons.